Are We Nuts or Are You Clueless?

I ride the BNSF 1260 train into Chicago each weekday morning. Today the train was 7 minutes late picking me up at Belmont but on-time into Chicago. This isn't uncommon: I expect to wait 5-15 minutes every morning. In fact, the 1260's reliable unreliability was one of the reasons I built Is Metra Late, to know when I could sit at home a bit longer before heading out to catch the train.

I'd guess this experience isn't too far off from most regular commuters on Metra. That's why Metra's monthly On Time Performance reports are a joke for many riders. The numbers for November are no different. Somehow Metra thinks they achieved 96.8% on-time performance last month, which I have a hard time believing.

I'm not alone, either. "It's always late," said one Heritage Corridor commuter in 2011. Such riders "have difficulty understanding how Metra can tout one of the best on-time performance records in the country when that claim runs counter to their experiences," commented the Chicago Tribune.

So what gives? Are we nuts, or is Metra clueless? 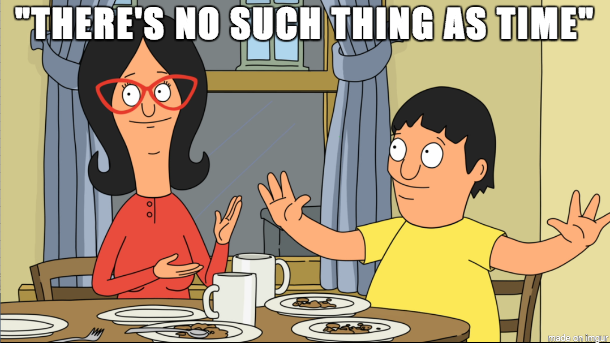 The first thing a lot of people don't know is Metra (and most of the railway industry) defines "on-time" as arriving at less than 6 minutes late at the final destination. So, what happens if we change that definition to "late" meaning, you know, not on time? (Fun fact: if you're 5 minutes late to catching your train, you still miss your train.)

As you can see, that changes matters a bit.

But, to be fair to Metra, arriving to work 2 minutes late isn't really that big a deal. Let's examine that other part of their "on-time" definition: final destination.

I arrived in Chicago on-time today, but waited 7 minutes on the Belmont platform. That 7 minute delay disappears in Metra's reports because by the time the train reached its final destination, it was on-time. This effectively ignores half of each rider's experience with Metra, and it may be the experience riders most remember: waiting in the snow, waiting in the rain, waiting in the heat.

One way to get at representing delays before a train's final destination is an average delay while in operation:

3 - Forget trains, how many people were late?

Finally, I think it's helpful to see how many riders were delayed in November, not just trains. Some trains simply carry more people than others and when they run late, it has a bigger impact.

Using the 2014 numbers provided by the RTA and assuming ratios are the same (i.e., that 89% of BNSF inbound riders get on in the AM peak period), here's what we get with November in terms of how many riders were on-time (and here we'll use Metra's definition of "late"):

Why bother with all this? At the end of the day, we're talking about arriving a couple minutes late on a (relatively) affordable form of transportation. Isn't this all a little petty?

Not at all. I don't object to getting home a few minutes late - that's just going to happen sometimes. What I object to is Metra's insistence on continuing to damage its reputation among riders with self-congratulatory performance reports.

If, as a Metra rider, you feel Metra is always late and then you see Metra trumpeting its near-perfect on-time record, you either feel nuts or see Metra as clueless.

This does not engender goodwill. This does not encourage riders to provide helpful feedback. You wonder why no one shows up at your meetings, Metra? We wonder why you think we would, when we either think our opinion is wrong or that you're hopelessly clueless.

Please be honest when things go wrong, Metra. Trust your riders to be understanding and patient. And believe your riders when they say reality does not match your 97% numbers.